The emotional and physical toll obesity takes is incredibly significant. New Orleans Center for Aesthetics and Plastic Surgery is proud to offer Semaglutide/B12 injections to help men and women who struggle with their weight to live a healthy lifestyle.

Our staff is here to help you with a personalized weight-loss plan utilizing Semaglutide/B12 to achieve your goals. Our patients typically realize a five to fifteen percent weight reduction with Semaglutide.

Semaglutide is an injectable glucagon-like peptide-1 (GLP-1) agonist (a substance that initiates a physical response) administered subcutaneously once weekly for weight loss. GLP-1 agonists are called incretin mimetics as they “mimic” their effect. Incretins are hormones released by the small intestine after eating to trigger insulin release and block sugar production.

In 2017, Semaglutide was first approved in the U.S. by clinicians to improve glycemic control for Type 2 diabetes patients. Administering a high-metered dosage of Semaglutide has evidently showcased and proved an effective and favorable solution for patients with difficulty shedding weight. Semaglutide carries an FDA-approved indication as a reduced-calorie diet and increased physical activity for weight loss in obese or overweight adults. The New England Journal of Medicine’s publication of the STEP trial indicated that more than half of their trial participants lost fifteen percent of their body weight. In comparison, 33 to 40 percent of participants quickly lost twenty percent of their body mass.

Contraindications to Semaglutide include: a personal history of pancreatitis, alcohol abuse, renal impairment, uncontrolled psychiatric disorders, personal or family history of medullary thyroid carcinoma (MTC), or Multiple Endocrine Neoplasia syndrome type 2 (MEN 2), and if you are pregnant or breastfeeding.

GLP-1 is a normal body hormone in the small intestine that promotes insulin secretion and inhibits glucagon secretion, contributing to declined blood sugar levels. Shorter-acting agonists of the GLP-1 receptor are remarkably potent at lowering post-meal glucose spikes. In contrast, longer-acting GLP-1 agonists have a balanced effect on lessening post-meal and fasting glucose levels. This GLP-1 agonist has portrayed its beneficial and positive impact on hyperglycemia, decreased appetite, and reduced daily caloric intake.

Let our results set your expectations. View our gallery to see more stunning before and afters.

WHAT IS VITAMIN B12?

Several research studies note that Vitamin B12 aids in the treatment tolerance with GLP-1 agonists. Two of the most common adverse side effects of Semaglutide are nausea and Hypophagia. These reactions have been illustrated to be significantly reduced when employed in conjunction with Vitamin B12.

Semaglutide was approved in 2020 for advancing glycemic control in patients with Type 2 diabetes. Studies have indicated that it reduces appetite, improves eating habits, and reduces food cravings in addition to better glycemic control. In addition, optimal weight loss benefits were observed when combined with lifestyle changes, like improved diet and regular exercise.

HOW DO SEMAGLUTIDE AND B12 WORK TOGETHER?

GLP-1 is produced in the small intestine to stimulate insulin secretion and inhibit glucagon secretion, lowering blood sugar. Semaglutide and B12 have effectively demonstrated their beneficial effects on glycemia, with many other health benefits.

The treatment is generally well-tolerated and can be administered continuously without diminishing effects. 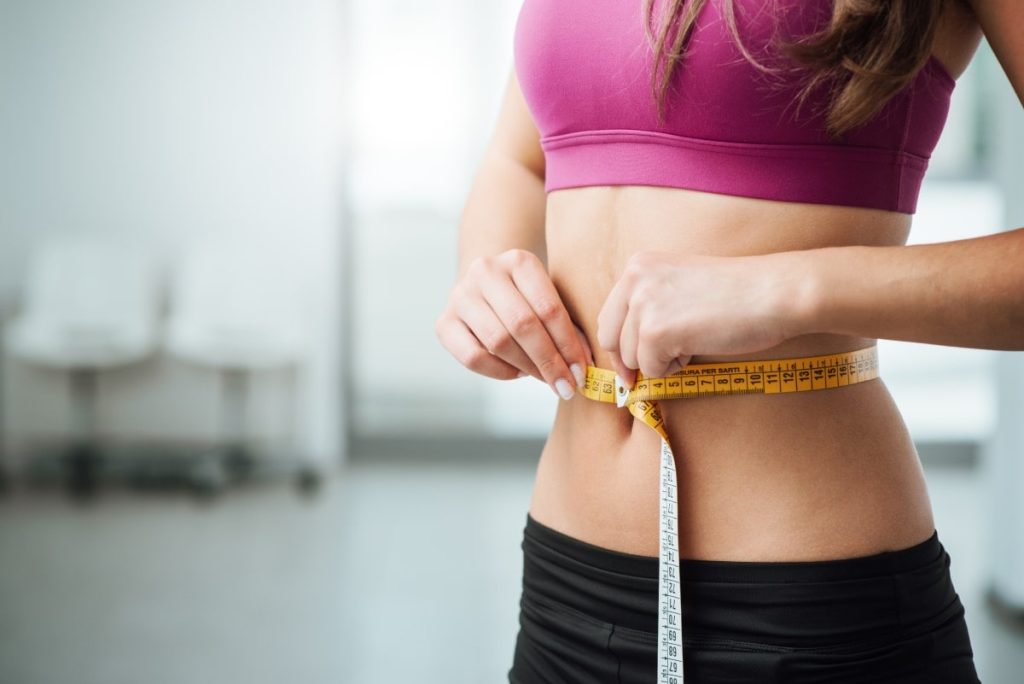 Unfortunately, many patients find that diet and exercise alone are insufficient to achieve their weight loss goals. That’s why several men and women have turned to aesthetic medicine to assist them in their weight loss journey.

Semaglutide clinical trials have shown a 15-18% body fat decrease in obese or overweight patients. In addition, other clinical trials have shown that weekly doses of Semaglutide provide safe, well-tolerated, and substantial weight loss for patients with obesity disorder and improve their physical function measures and cardiometabolic risk factors.

Unlike hCG, Semaglutide does not require a strict 500-calorie diet protocol while taking injections. However, for the best results, we recommended reducing your caloric intake while on Semaglutide. Eat healthy proteins and fats. Stay away from bad fats, processed foods, and refined sugars. And exercise weekly to live a healthier, happier life.

The protocol differs from the daily injection of hCG. The Semaglutide/B12 protocol is more appealing because of once-weekly injections rather than daily injections. Still, we encourage you to eat a wholesome diet of 1200-1800 calories daily, allowing you to create a more sustainable diet during the program compared to hCG’s 500-calorie protocol.