Whether it’s “Keeping Up with the Kardashians,” “Kourtney and Khloe Take Miami” or Bruce Jenner’s groundbreaking TV interview with Diane Sawyer, the influence that the Jenner’s and Kardashian’s have on society is undeniable. In this blog, I’m going to explore some of the plastic surgery trends that have been influenced by members of this reality TV family.

Most of us have heard by now that Kylie Jenner, the daughter of Bruce and Kris Jenner, had lip injections performed. While she initially denied having any cosmetic treatments, she ultimately came clean in recent weeks saying, “It’s just an insecurity of mine and it’s what I wanted to do.” 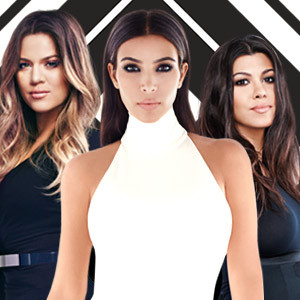 It’s no surprise that since Kylie has a large presence on social media and on reality TV, many young women are looking to enhance their own lips. These young women are developing a keen “selfie”- awareness, as they are snapping more photos of themselves for social media and perhaps seeing lips that are too thin or are disproportionate to their other facial features.

Kylie never mentioned which filler that she had injected into her lips, but common fillers that are used for lip augmentation include Restylane, Restylane Silk and Juvederm. We commonly use these products in our own practice for lip augmentation as well. These fillers are made of a substance called hyaluronic acid, which is a naturally occurring substance found in the human body.

Use of these fillers is FDA-approved for adults aged 18 years or older. Because of this, many underage teenage girls are taking the “Kylie Jenner Challenge,” a dangerous (and foolish) lip plumping technique that has gone viral on social media. This involves placing the lips in a shot glass, cup or bottle and sucking until the lips are under negative pressure forces. The lips swell and, more often than not, tiny blood vessels in the lips burst, resulting in further swelling and bruising. While the plumping effect (which is very unnatural looking!) only lasts a few hours, the bruising may be present for weeks. Some girls have actually been hospitalized as a result of this challenge! We certainly don’t condone the “Kylie Jenner Challenge.”

So, if you are 18 years or older and you are self-conscious about the size of your lips, come to see us here at the New Orleans Center for Aesthetics and Plastic Surgery for natural and refined lip enhancement with advanced injection techniques.

One of the hottest topics in recent weeks has been Bruce Jenner’s transformation into a woman. Regardless of your views on sexuality, Bruce is perhaps the most influential transgendered individual in the world today. If you watched his interview with Diane Sawyer, you should have realized that this sort of transition is a long process that is not accomplished overnight and is not taken lightly. The specifics of such a transformation is beyond the scope of this blog.

We all know that Bruce had some facial feminization procedures performed: his nose was altered, his face and brows were lifted and his facial hair reduced. He also grew his hair out and started to wear some makeup.

What about his Adam’s apple though? In his interview with Diane Sawyer, Bruce mentioned that he had a “tracheal shave.” This is also known as a chondrolaryngoplasty, laryngeal shave or an Adam’s apple reduction. It’s well known that a prominent Adam’s apple is a masculine feature.  The Adam’s apple is a piece of cartilage that is part of your voice box. When boys reach puberty and testosterone levels surge, their voice boxes get bigger and their voices deepen.

Most men don’t mind the mild bulge that it creates. Some men have exceptionally large Adam’s apples, and even if they are not wanting to transition to the opposite gender, they just want it reduced in size — it can be irritating when wearing ties or simply a distraction when speaking.  In addition, some women, have prominent Adam’s apples, and this may be a source of self-consciousness for them as well.

Regardless of the reason you want your Adam’s apple reduced, this is a simple (often outpatient) procedure that can be performed by Dr. Velargo. It involves making a small incision in one of your natural neck creases and shaving or sanding down the enlarged portion of the cartilage. Dr. Velargo’s training in head and neck surgery, in addition to facial plastic surgery, makes him an ideal surgeon for operating in the vicinity of your airway. If you are self-conscious about your Adam’s apple, come in for a consultation with Dr. Velargo to discuss a laryngeal shave.

Recently, Khloe Kardashian has been talking about her vagina. Yes, this is a taboo topic, but one that is relevant for plastic surgery. It has been said that roughly 80% of Generation Y women shave their pubic hair. As a result, there has been a “discovery of self” that has been largely absent in prior generations.

Khloe was recently interviewed, and stated that: “When I joke about my camel toe or my big vagina on TV, I don’t realize how many people are watching! …Then I go out and someone will say, ‘Oh, my god I have a big vagina too!’ I’m like, ‘WHAT?’ That’s when I can’t believe I said that out loud. But I love to be silly and make people laugh. It’s a compliment, and liberating to think my sisters and I might make other women feel OK about talking about this stuff too.”

So, how does Khloe deal with her problem? She wears a special form of Spanx (compressive undergarments) to minimize the protrusion. She has not had any surgery, to our knowledge.

But, the purpose of this blog isn’t to talk about Spanx. It’s to talk about one of the fastest growing procedures in plastic surgery — labiaplasty! In most cases, women seek this surgery because their inner labia have become uncomfortably large, often as a result of genetics, childbirth, hormones or aging. This can cause significant discomfort from the labia rubbing against clothing or can be a source of self-consciousness, often resulting in a loss of intimacy.  Many women may notice an embarrassing and unwanted “bulge” when wearing tight fitting pants or swimwear. Labiaplasty is an outpatient procedure performed by Dr. Hendrick in which the excessive portion of the labia are removed and the edges skillfully sutured together. While it may be an embarrassing topic to many women, Dr. Hendrick is very sensitive to the discomfort that women feel when approaching a surgeon for such intimate surgery. If you are self-conscious about the appearance of your vagina, come in for a consultation with Dr. Hendrick to discuss this trending procedure.

It’s easy to see how the Jenner/ Kardashian family has influenced these plastic surgery trends.  Whether you are on board with these things or not, at least you are better informed. As always, we love #makingnolabeautiful!